InDesign IDML files not yet? 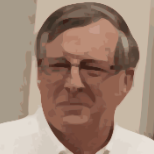 By jefferis,
October 9, 2019 in Feedback for Affinity Publisher V1 on Desktop