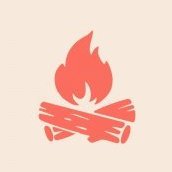 By SalfingerAndrew,
November 5, 2017 in Pre-V2 Archive of Affinity on Desktop Questions (macOS and Windows)