Where can I get a manual for Publisher? 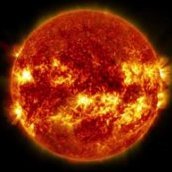 By World View,
April 18, 2019 in Feedback for Affinity Publisher on Desktop