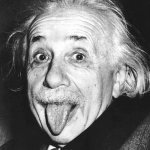 Default Save As to Any Format

By JayH, January 18, 2018 in Feedback for the Affinity Suite of Products