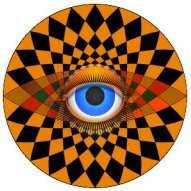 Cmd+J Duplication (Rotation out of alignment?)

By firstdefence, March 28, 2018 in Affinity on Desktop Questions (Mac and Windows)