Discussion on the Photo for Windows 1.10.3 update (split) 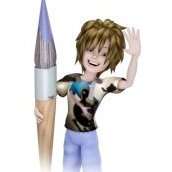 By Smee Again,
October 25, 2021 in Affinity on Desktop Questions (macOS and Windows)