Even though I haven't changed the settings or preferences, color sometimes appears correct, sometimes washed out 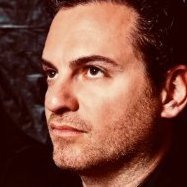