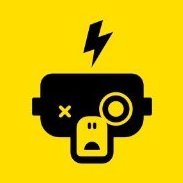 By Frankentoon Studio,
November 10, 2022 in Photo 2 Bugs found on iPad