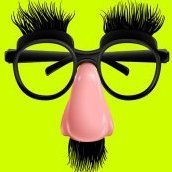 iCloud > Custom Folder Save In Place?

By Sonofwitz, June 24, 2019 in Affinity on iPad Questions