When Affinity Photo and Designer Open up you can Download Samples. Where do they go? 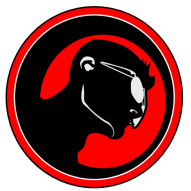 By orphanlast,
May 24, 2018 in Affinity on Desktop Questions (macOS and Windows)