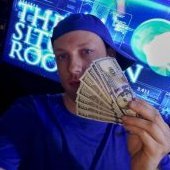 Editing an Indesign PDF file from within Affinity Publisher

By ClarityDynamic, September 20, 2019 in Affinity on Desktop Questions (Mac and Windows)