Designer; is there any way to share a template that is somehow "write protected"? 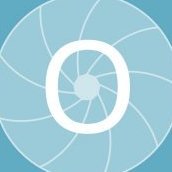 By Otto Manuel,
June 6, 2022 in Pre-V2 Archive of Affinity on Desktop Questions (macOS and Windows)