Affinity Publisher - Unable to Save 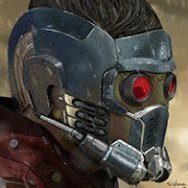 By SilverSurfer1221,
April 9, 2020 in Affinity on Desktop Questions (macOS and Windows)