WHERE is the Glass Icon / Transparency Tool 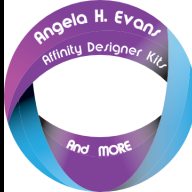 By LyricsGirl,
October 10, 2019 in Affinity on Desktop Questions (Mac and Windows)