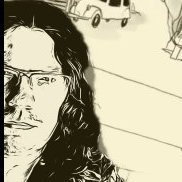 Effect of dodge/burn outside of brush circle

By Brad Brighton, September 10, 2019 in Affinity on Desktop Questions (Mac and Windows)