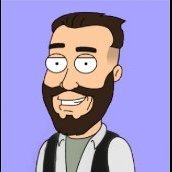 Hi everyone, Could I kindly ask you to post your bugs as a new topic in the Photo Beta on iPad forum: https://forum.affinity.serif.com/index.php?/forum/39-photo-beta-on-ipad/ It makes it easier for us to manage and the developers can more easily track the original report. Cheers, Chris B.

Recommended by Chris B