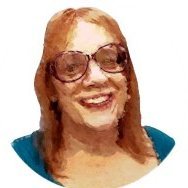 What to use until Publisher?

By Leslie Richelle, April 8, 2018 in Affinity on Desktop Questions (Mac and Windows)