Clearing certain area of a filled space (To make it transparent) 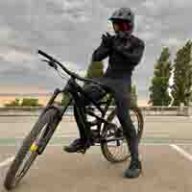 By Dylan SJ Perez,
March 27, 2018 in Affinity on Desktop Questions (macOS and Windows)