I'm trying to install Affinity V2 on Windows and it's failing with Error 0x80073CF3. Why? 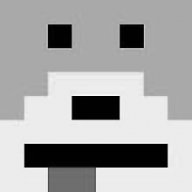 By Leigh,
October 17, 2022 in Frequently Asked Questions about V2 software