How do I force cut a hole? Will Affinity ever fix the 'cutting a simple hole' issue in Designer? 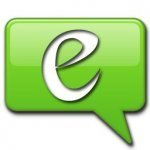 By edee,
October 2 in Affinity on Desktop Questions (macOS and Windows)