Why is it so hard to get snapping to work? 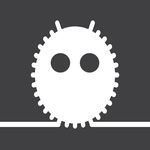 By awakenedbyowls,
June 10, 2021 in Affinity on Desktop Questions (macOS and Windows)