Need a way to locate "Unsupported character use" 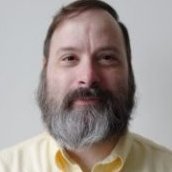 By sfriedberg,
April 27, 2021 in Feedback for Affinity Publisher V1 on Desktop