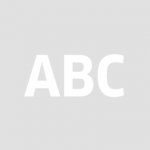 By A_B_C, January 11 in Designer Beta on Mac